Guys ONLY tournament! Grab your favorite buddy and test your skills. Must be a Member. Limit of 7 teams per level. Spots will go fast! Contact Trisha Pollock for info tpollock@surewest.net​. Cost is $20.00 per person. 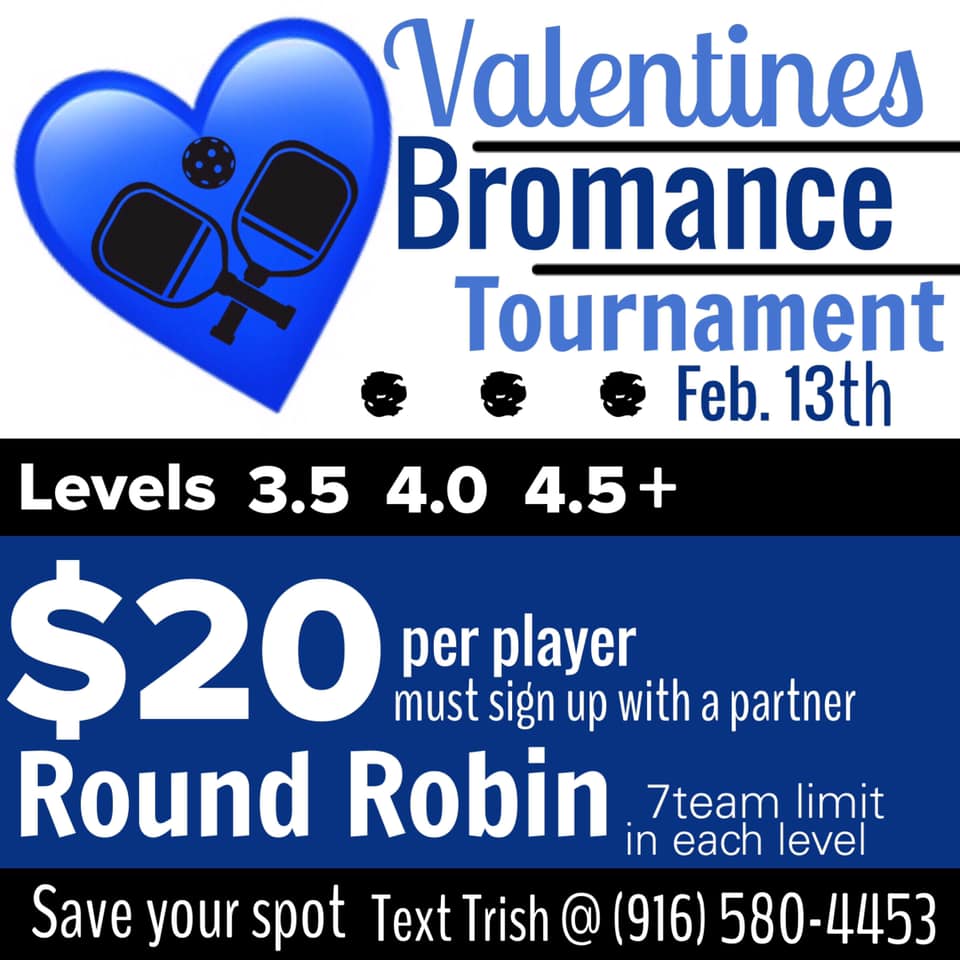 Round Robin Tournament for Beginner’s 2.0-3.0 January 16th! Grab your favorite Partner and COME PLAY!!!! Lots of Fun and Prizes...please reach out to Trisha Pollock for info tpollock@surewest.net​. Cost is $20.00 per person.

With double the courts, we are now able to accommodate up to 96 players in each Round Robin division!  Pre-registration is no longer required – simply show up and play!

We used a new format which assigned matches randomly using a deck of cards. Each player was dealt a card at the start of each round. The number on the card was their court number.  Hearts & Diamonds were teammates and Clubs & Spades were teammates.  Black team served first; red team chose side.

Each round of play was 10-12 minutes. Instead of stopping at 11, players tried to win as many points as they could in that time!  We played for 6 rounds.

All players were given a scoresheet and tracked their own scores.  On Saturday, the top 4 players (by total points) went into a playoff game to determine winners and runner ups.  On Sunday, we decided to have separate finals for men and women in order to make things more interesting.

Here were the results: 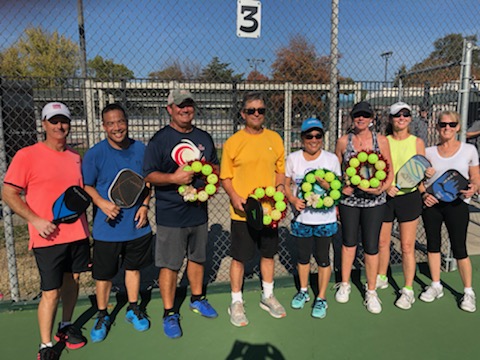 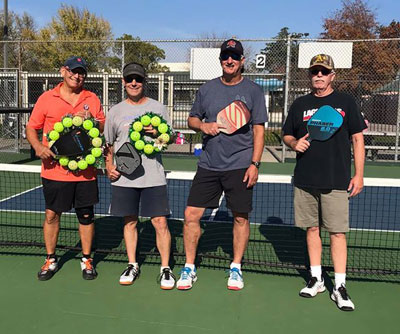 The club would like to sincerely thank all 92 players that participated in our first tournament, as well as our tournament desk team (Reine, Steve, and Lisa), all the board members, and volunteer refs!  This was an important fundraising event for the club, raising around $3500, which will go towards paying back the park district for the new courts.

For the first time in Rusch Park history, all 12 courts were kept busy for nearly 6 hours, with a total of 180 games of pickleball played!  It was a fantastic sight to see so many happy players and spectators, and such fun, competitive matches at every level.

Congratulations to our medal winners:

(* We were unable to complete our 4.0 playoffs due to rain, so a tie was declared)